It is only on the ruins of the Tower of Confusion that the Temple of Truth can be erected.
– Count Cagliostro

Tony Bonnici was quite the wheeler-dealer. And when I say wheels, I’m talking about six-digit Ferraris that he’d trick out at his exotic car auto spa. And there was his corporate/residential glass-tinting business. And his Judo Dojo. Oh and don’t forget his life-coaching on the side where he taught other people to be as successful as he was.

This guy had it all: 4 businesses, a home in California, and he’d moved his gorgeous wife and two beautiful little boys to a house in Hawaii. And he wanted more.

He was miserable… without even knowing it. His meditation practice learned in childhood from his Zen buddhist parents had fallen off along the busy path. And somewhere along his wheeling-dealing way, his personal integrity had started slipping, with more concern about how everything looked on the outside than what was happening inside and with people he cared about. Of course he couldn’t talk about any of that. Men don’t show vulnerability – and certainly not successful men. He couldn’t even FEEL any of that – just drown it in drugs, alcohol.

Then the Recession hit. His high-end businesses instantly reflected his clients’ fear and began spinning into oblivion. Tony could always talk a good game, but these days, the faster he talked, the quicker his jittery clients fled. He clamped on a smile like the metal grate on the front of the fancy cars he dealt in. 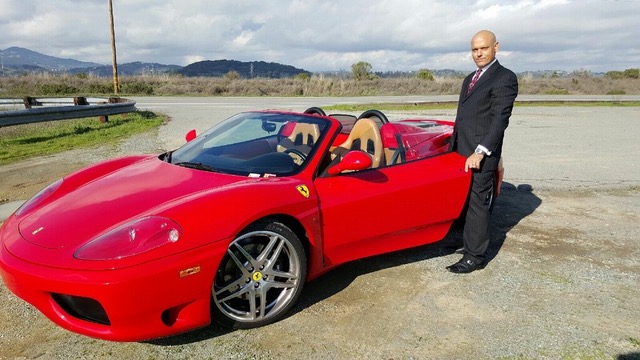 ‘You got this, Tony. Try harder! This can’t be happening to me! Suck it up, Tony. WORK!’ We can just imagine those panicky, gut-wrenching, jaw-clenching feelings he was going through as his business empire began collapsing like an elaborate sand-castle on the edge of an incoming tide. And he kept up a brave veneer of everything-is-fine. That’s what real men do, right?

In desperation, he started spending one, then two, sometimes three weeks at a time away from home and family in Hawaii in an effort to save his businesses in California. The boys cried, missing their daddy, and his wife slipped into depression, only managing to get out of bed to care for the crying kids. He ran harder, faster, yet he could feel the sand slipping beneath his feet.

A few years earlier, his wife Amber had attended a Nia White Belt training in a circle of other women, and emerged with a fresh perspective on life. She was more “woke”, as we say these days. Tony was still trapped in his grind. In fact, he was so wrapped up in ‘taking care of business’, he almost missed the birth of their second son, Bodhi.

In October of 2008, Tony’s mom told him about the ManKind Project (MKP), a non-profit organization for empowering men. He had no idea what it was, but he took a flying leap into the unknown and landed the next weekend at one of the MKP’s New Warrior Training Adventures.

That weekend turned out to be the game-changer.

Surrounded by other men, men who faced their own life challenges, men who were scared and brave at the same time, men who had stories to share and men who wanted to hear his story – Tony listened to himself tell his own truth, and he felt it in his body. It got gritty. He felt his own anguish in his gut. His shoulders shook  as he felt what he had been putting his wife through. The little boy inside himself shivered, feeling as lonely and abandoned as his own small sons. He was cut to the quick. Tony got to truly ask himself, “Is this the life I want to lead?” 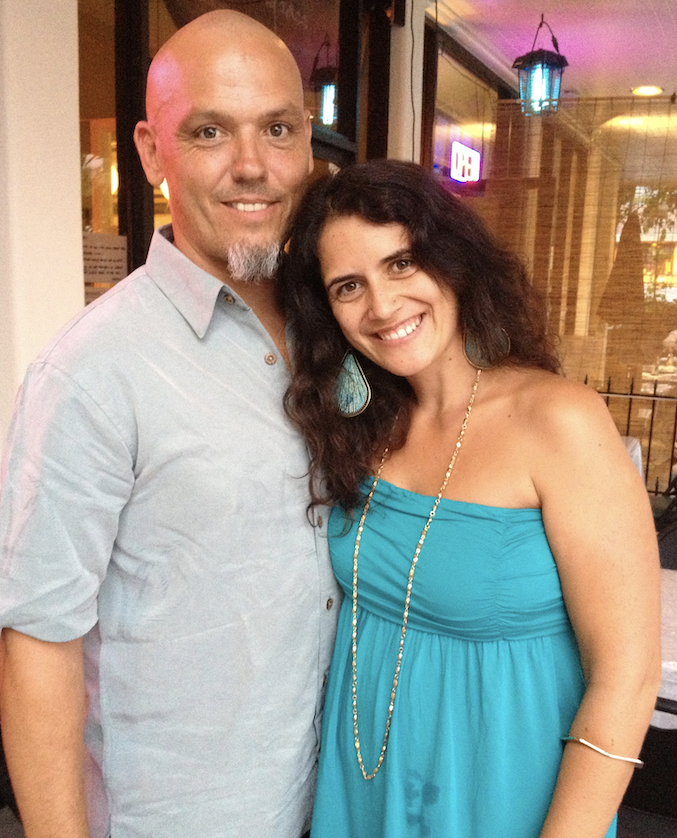 The more the diamond is cut, the brighter it sparkles. – Thomas Guthrie

Tony came home from that ManKind Project and got honest with Amber. He held fire-sales and shut down his businesses within the next 3 months, shedding the California house in the process. That’s the time when I met Tony, after Amber and I attended our Nia Black Belt training together.  Things were tough for them financially, no question.  They eventually lost even their Hawaii house.

Yet he began building a business and life around what was important to him: love, connection, honesty. He began sitting for Zazen meditation in the wee hours of the morning again. He chooses to spend lots of time with his sons, the whole family and special date nights with Amber. 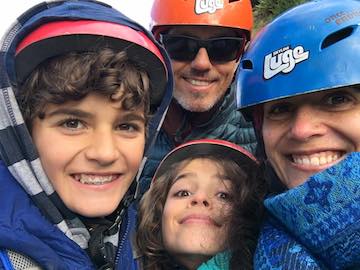 Seeing Tony’s tremendous insight born of life experience, we hired him to coach our son through a rough patch in his career. And Tony became my business/life coach a few years ago when I lost my way a bit with Still & Moving Center.  Our weekly FaceTime sessions bring me greater clarity and a more keenly-tuned sense of direction. Now more than a decade after the crash, his flourishing coaching business now spans several continents.

He has been ‘paying it forward’ ever since his first, about-face New Warrior Training Adventure, volunteering for ManKind Project, quickly entering their leadership track, and leading New Warrior weekends around the world. He has a tribe of men who are there for him, and he sits in circles of support with them.

I watched both our son and both my brothers benefit immensely from the New Warrior weekends they each attended. They all came out less confused, taking responsibility for all aspects of their lives, more clear about what is important to them and what to do about whatever’s not working for them. They’re all more loving and more lovable. 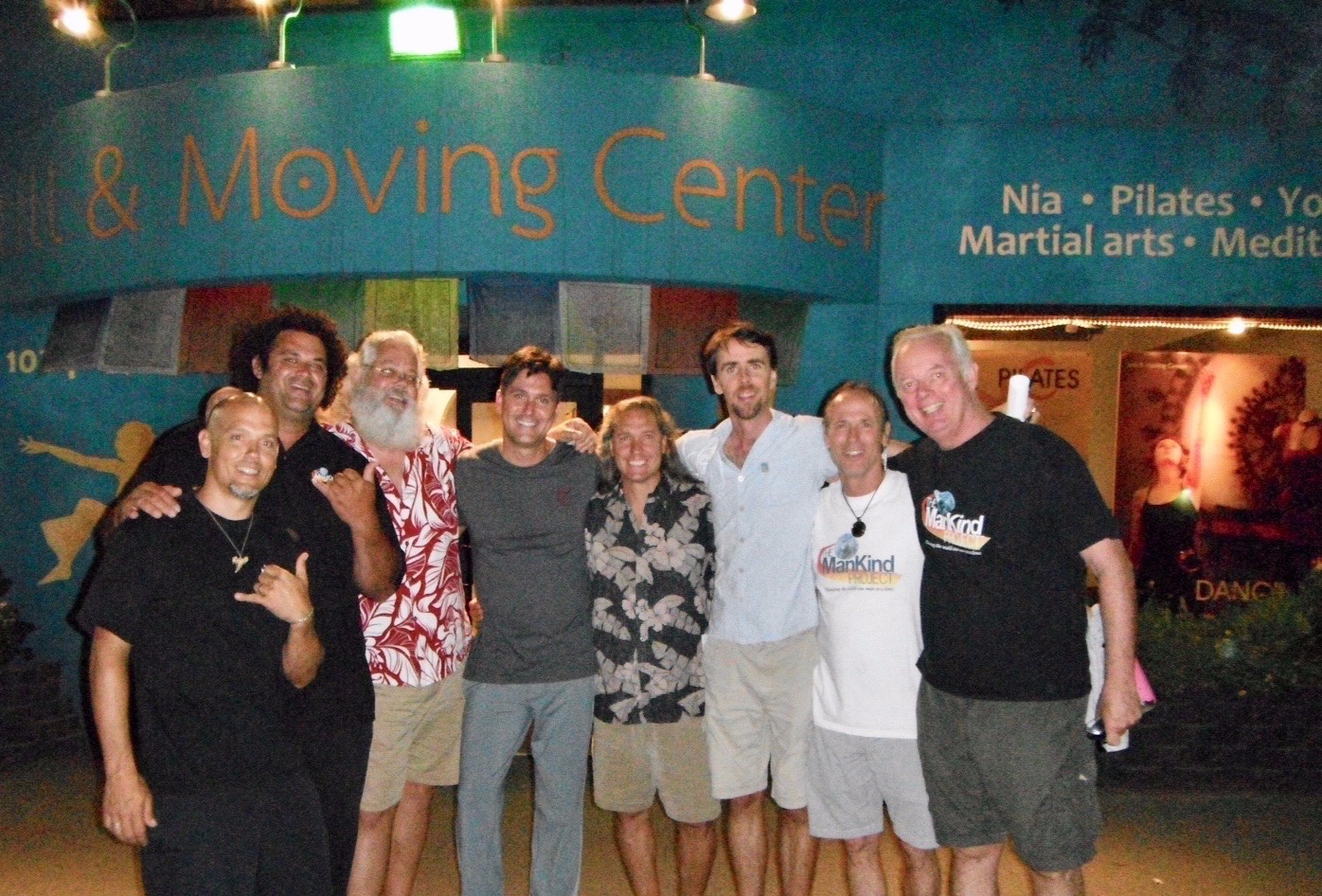 I’ve been egging Tony on for at least the last 7 years to get a New Warrior weekend happening on Oahu. We even hosted an MKP circle at Still & Moving Center back in 2013. However, such things need time to prepare the soil and germinate organically.

That time has finally arrived! The ManKind Project is putting on a New Warrior Training Adventure next month…. September 13-14-15. Woohoo!  And Tony will be the “Leader on Point” for that weekend. 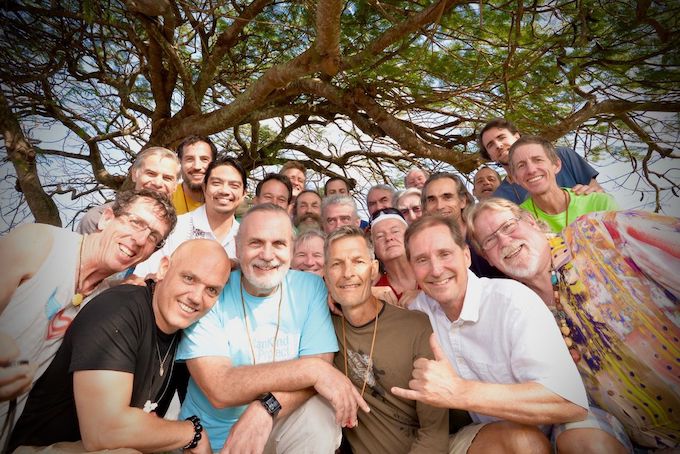 So men, if any of this story resonates with you, and women, if you know any men who might benefit from a powerful experience in the presence of other men, take note! It might get you back your life, the way you really want to live.

And you, dear reader?
Just hit reply – I always love hearing from you.