Do you have people come into your life who make you feel as if you two go way back and have a long history together… even though you are meeting each other for the first time? It happens fairly often to me at Still & Moving Center.

My most recent new old friend hails from New Zealand. The story starts a while ago and goes like this: 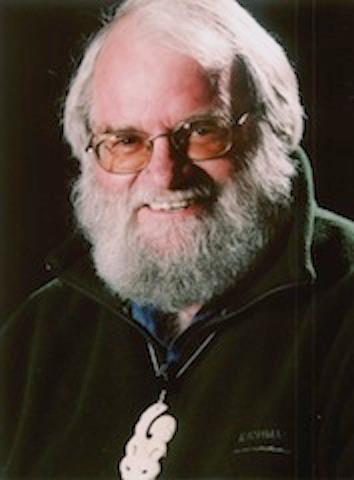 In 2003, I attended a seminar by a gentleman named Barry Brailsford from New Zealand. He had been initiated into the oldest of the Maori tribes, the Waitaha, in order to convey to the world their long-kept-secret history. “That should be easy,” he thought to himself when they asked him to do so, since what was known about their tribe at the time filled about one sheet of paper.

Suffice it to say, he was in for a surprise. As he delved into their ancestral memory, they recounted details of their tribe’s life on Aotearoa (New Zealand) going back seventy-some generations! Their memory included such detailed tribal history, they recalled from 47 generations ago what symbol was inscribed next to the third seat of one of their sea-faring canoes, in which they traveled far and wide.

One of their most astounding – to me – ancestral memories that they told to Mr. Brailsford was of the many peoples who lived on Aotearoa long, long ago with their tribe: black people, brown people, yellow people and pink people – all living together with each other… Now, in publishing their story, he up-ended all the academicians’ shorter estimates of the age of Maori habitation in New Zealand, winning their scholarly wrath, and causing him to lose his job and his family. Nonetheless, he has never recanted the tribe’s story as they told it to him. His seminar 15 years ago impacted me deeply. 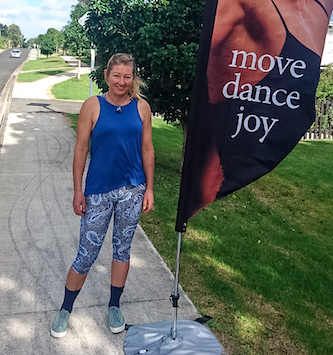 This September we held an international Nia Green Belt training at Still & Moving Center, and Cliff and I hosted the trainer and visiting trainees at our house. Among them was Belinda from… yep…. New Zealand. While we drove over the Pali Highway together in the mornings, I noticed her natural reserve begin to fade away as I asked her about her homeland.

I asked whether she had much interaction with the Maori and what their status was at this time, since I had recently heard that they were the only native people who had not been conquered by a colonizing nation. She replied that her father had spoken to her part in the Maori language, and part in English, per the country’s treaty with the Maori. She spoke of inequities between the treatment of the Maori and the rest of the New Zealanders, with Maori receiving better access to health care and education, wedging resentments amongst the people of her country.

In fact, she went on to say, the Maori were NOT the native people of New Zealand. “What?!?” My ears pricked up. She looked at me as if to assess my receptivity to that notion, then forged ahead. Before the Maori arrived from other Pacific islands, Belinda explained, there were two other groups of people living side by side, a dark-skinned one and a light-skinned one. They were both peaceful people who navigated on the sea by the movement of the stars and planets, and tracked solstices and equinoxes by how the shadows fell on a certain rock faces.

Wait, this was the same kind of information Barry Brailsford had spoken about so many years ago!

The lighter-skinned group were a tiny race, maybe only four feet tall. The Maori call  them the ‘Turehu’ or the ‘Patu-Pai-Arehe’ and consider them to have been fairy-like. They were evidently a Celtic people – probably pink! According to at least some researchers these pre-Maori people in New Zealand used the same stone-building techniques as the builders of Stonehenge in England, as the mound-builders in Ohio, and as one of the many waves of inhabitants on Easter Island.

Since this take on the history of New Zealand has not been universally embraced, Belinda is circumspect in sharing it. I felt honored that she would tell it to me.

Belinda’s grandfather had owned a summer cottage on the beach until his land was confiscated by the government and given to the Maori. All the other whites who lost their land that way burned their cottages to the ground before they left. Not her grandfather; he gave the key to his cottage to the incoming Maori family. In appreciation for his large-heartedness, the Maori took him to the new land that the government was giving to white New Zealanders  in exchange for their lost property, and they helped Belinda’s grandfather find the very best new piece of land, right on a beach, which their family still owns to this day. Thereafter, her grandfather collected New Zealand greenstone and became certified to carve it in traditional designs, with all of his pieces then receiving the blessings of the Maori.

Greenstone?!? Why, that stone was important in Barry Brailsford’s initiation into the Waitaha Maori tribe, who sent him on several peace-bringing journeys through Aotearoa and to ancestral peoples throughout the world, bearing healing gifts of greenstone. Belinda told me that no one can purchase greenstone for oneself, but only receive it as a gift. 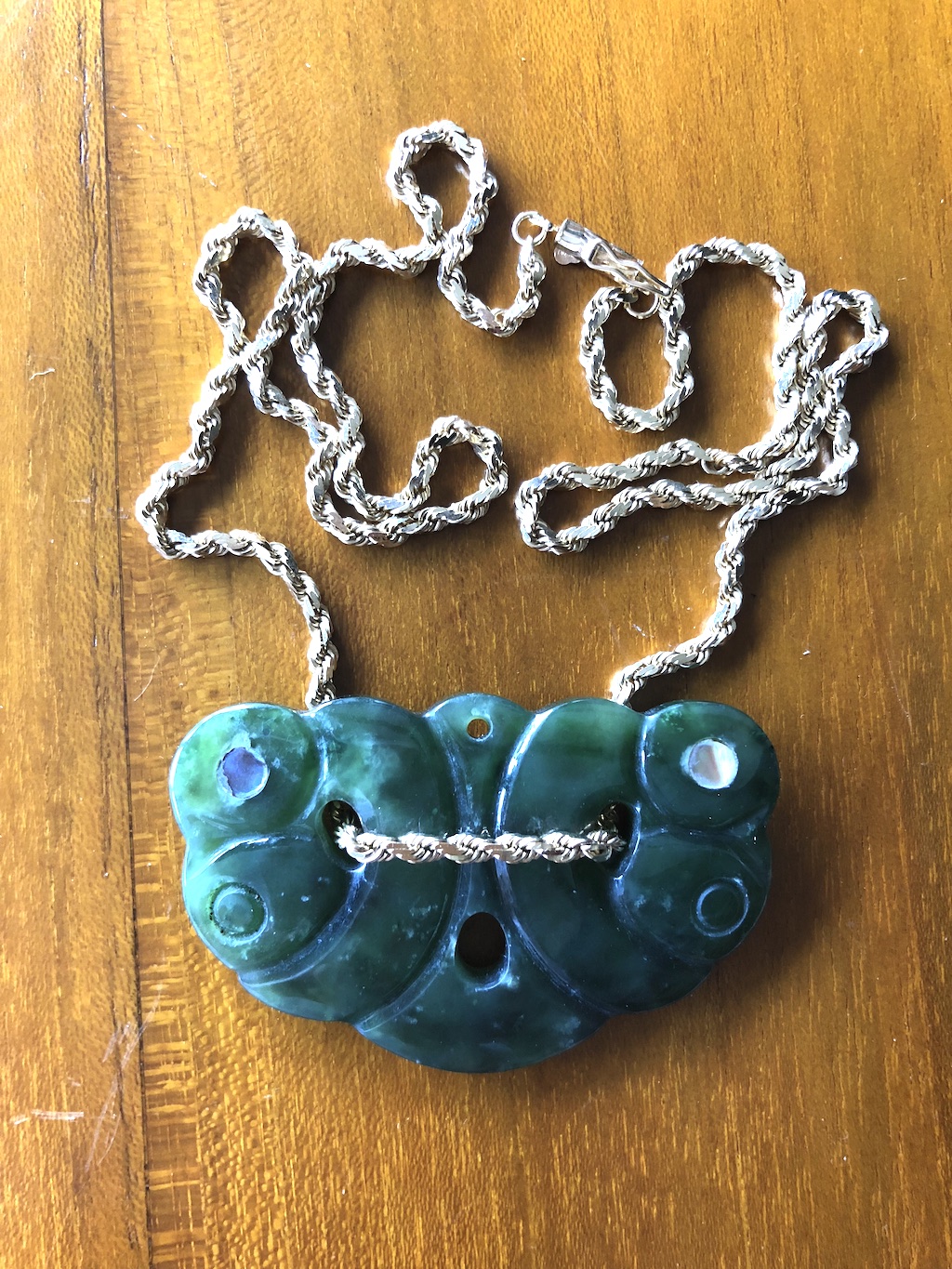 Our Nia Green Belt training completed, the trainees flew away, one by one. Belinda and I planned a sunrise trip to the beach on her last day. As we were about to leave the house, she asked whether she could give me a gift that I might want to take with us to the beach. Of course I said yes, and she shyly brought out an amazing piece of jewelry of carved green jade, inlaid with abalone. She gifted me with greenstone.

She explained that her grandfather had passed away earlier this year and that her family had gifted her with some of his greenstone pieces. While packing for Hawaii, she had looked at her stone collection, and this particular piece seemed to sing out, “Take me!”  So she did. This traditional carving of curving lines denotes mother-and-child and care-taking in general. It is customarily given to new grandmothers. And now she was giving it to me. Wow.

Oh my, how many times do we meet someone and a week later have them bestow upon us a family heirloom? Never, right? I was enormously touched. 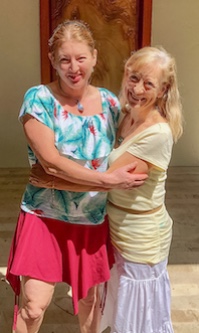 So we went to Kalama Beach, my new old friend and I, and we blessed the stone, that the spirit of care-taking be strong as long as the stone was in my care, and beyond to when I bequeath it to someone else. She then chanted in Maori, and I in Hawaiian. Then she departed for her home in Raglan, New Zealand, carrying with her a piece of my heart.

Just hit Reply – I always love hearing from you.