This is a story of the power of a timely Yes and the creative void initiated by a No.

Now that we are about to celebrate the 7 year ReBirthday of Still & Moving Center on March 18, 2018, I’m musing back to how I came to start this place…  Here’s how it went: 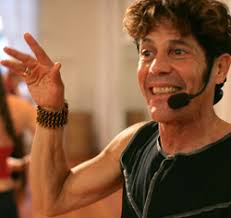 When I took my Nia Black Belt training in 2009, the co-founder of Nia, Carlos Rosas, told us that he would give us our Black Belts if we simply made it through the week-long intensive to graduation day. He also reminded us that the Black Belt represents ‘mastery’. Indeed, I made it through that amazing, challenging, life-transforming, sweat-drenched, 75-hour-plus-homework week, and it was time for our graduation ceremony. 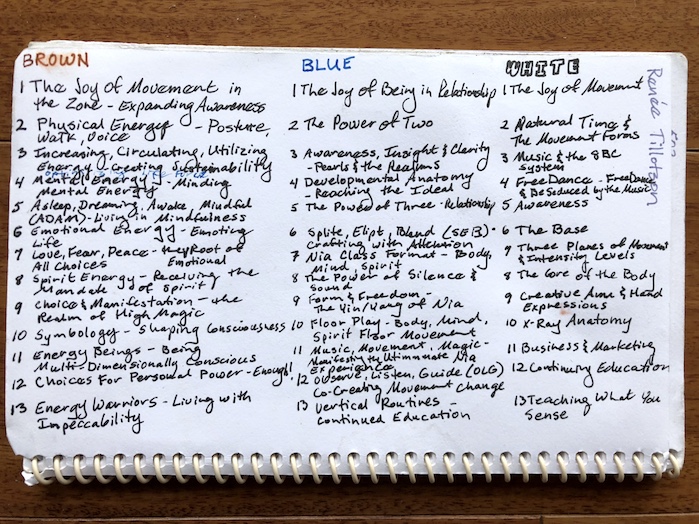 The Nia Black Belt incorporates and alchemizes all 13 principles of every Belt that has led up to it. That’s 39 principles in total. And although I had studied and moved through all the principles, I did not feel that I had achieved the level of mastery that the Black Belt represents. I was in a quandary. Carlos would give me my Black Belt, but did I deserve it?

I reflected on the time I had spent preparing for and participating in the Black Belt, and how I had really done my best, which is something we consent to do at the beginning of every Nia intensive training. I considered that this opportunity might not come again. Who knew how much longer Carlos and the other co-founder Debbie Rosas would continue their decades of Nia work? I wanted to say Yes… with a clear conscience.

So I made a deal with myself. I decided to accept the Black Belt by promising myself to re-take all previous Belt trainings as quickly as possible – hopefully within about the next year. I said YES! After gratefully accepting my Black Belt from Debbie and Carlos, I went home and signed up for the next White Belt training with them.

Over the succeeding 15 months, folks at Nia Headquarters in Portland, Oregon saw a lot of Renée Tillotson, flying in to take four intensive trainings. By the time I re-took my Brown Belt training, Carlos had decided to retire from Nia. Whew! I had just fulfilled my self-promise in time and now felt satisfied that I had truly earned my Black Belt. I was so glad to have found a way with integrity to say Yes when I had the chance!

A few months later, I went to our mailbox and found a mysterious black envelope from Nia headquarters, inscribed with silver ink, hand-addressed to me. I took it into the house, sat down, and carefully plied open the envelope, intensely curious.  I recall the sensation of almost falling off my chair at what I read: Debbie Rosas was inviting me to become a Next Generation Nia Trainer.

At that time, there were only 14 Nia Trainers in the whole world, and thousands and thousands of Nia teachers. And Debbie was asking ME to become an international teacher Trainer!

The letter invited me to attend a weekend event several months later called Courting Your Destiny to determine for myself whether I was cut out to become one of the new Nia Trainers. It was an honor with responsibilities I had never sought, and though the invitation was flattering, I was inclined to write back with a flat ‘No thank you.’

However, my close friend Marta offered a different perspective: This is a really big opportunity and choice; I should really give it a lot of consideration before turning it down. And so I did.

I considered what it would be like to leave my dear, newfound home in Hawaii. I imagined traveling to all different corners of the world at least 4 times a year, training people to teach Nia, and all the effort it would take to drum up students in places I had never been to before. It would be a radical change from working in our construction office and teaching Nia 2 or 3 times a week at the Y, or rec center or health club.

Just breaking out of the mental  construct of my life pattern and visualizing a sea change made me wonder:  “Wow! First I became a school teacher because I didn’t know what else to do when I got out of college.

Then I got into the construction business with Cliff because I could work from home while the kids were little. What do I REALLY want to want to be when I grow up?” Mind you, I was 54 at the time!

I arrived at Courting Your Destiny event in Portland really open to what my inner promptings might tell me. Debbie gave us a precious 3-day weekend with times of moving and times of inspirational dialogue and poetry. On the morning of the last day, we all entered the Nia dance space in silence. Crimson cushions ringed the room – one for each of us who had been invited to become a next generation Trainer. In the center of the circle was a beautiful golden statue and vase of long stemmed roses, plus a lovely wooden box.

Debbie assured us that she would support us in whichever choice we made – there was no ‘right’ answer. Her assistants handed us a slip of paper on which we were to mark our choice: ‘Yes, my destiny is to become a Next Generation Nia Trainer,’ or ‘No, I my destiny is to remain a Nia teacher.’ We also received stationery for writing a letter to ourselves with the reason for our choice. 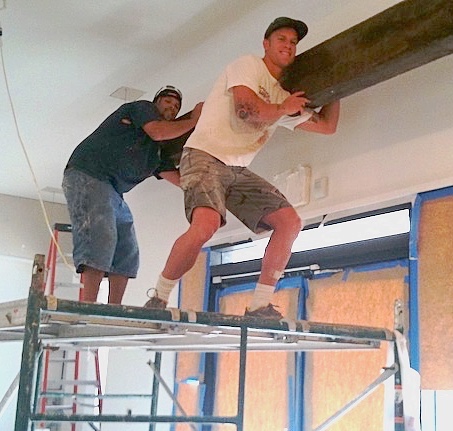 That was the time when my choice became clear to me: I said NO. I placed my written answer it in the box in the middle of the room. It was not my destiny to become an international Nia trainer roving the world. I did not stop with that No, however. The No had revealed a creative vortex of possibilities swirling around me. I wrote in my letter to myself that in fact, my path was create to a studio of my own in Hawaii with a beautiful dance floor where we could do Nia 7 days a week. It would be a studio for moving meditation of all sorts and would serve as a hub in the middle of the Pacific for teachers and students from around the world. 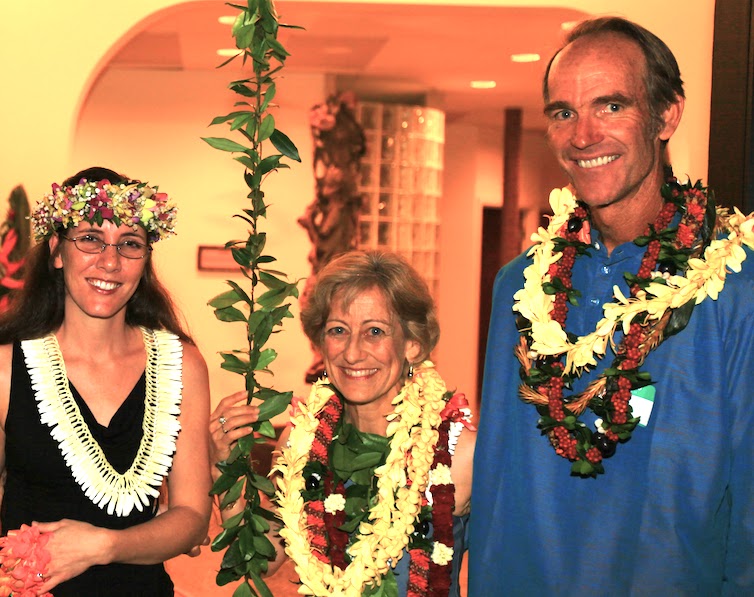 From that No, I went home in August of 2010 and told Cliff that I was not going to become a Nia trainer. Instead, I needed to create a studio. It was imperative. I wouldn’t be working much in our construction company any more. The studio was something I just had to do. And without really understanding why this was so important to me, Cliff supported my decision and helped me to find and build out a venue. Seven months later, on March 18th, 2011, we opened a studio at 1024 Queen Street in Honolulu.

I am forever grateful to Debbie Rosas for instigating my paradigm-shifting inquiry. And true to her word, she supported my choice, attending our first birthday and leading a number of Nia intensive trainings in our new studio.

With a Yes and a No and a lot of soul searching, Still & Moving Center came into being! Perhaps it’s not the final yes or no answer but the deep pondering of our life questions that makes the difference.

Just hit reply – I always love hearing from you.